The Bluffs Course offers unparalleled world-class golf on a links style layout. Undulating and open, The Bluffs Course is revered for its wind-swept native grasses, sod-walled bunkers, wide fairways, spacious greens, and stunning views of Lake Michigan. It is renowned for the challenges each of its unspoiled, artfully crafted holes presents the mind and body.

The Bluffs Course is open to the public seven days a week April through November each year. Every design aspect of The Bluffs fosters enjoyment for guests of all golfing abilities offering panoramic views of Lake Michigan throughout the entire round and impeccable playing conditions. In addition to the premier layout guests can enjoy a complimentary full practice area with a separate short game facility. GPS-equipped golf carts are included in your round, or you may take advantage of the seasonal caddie program. Players are always welcome to walk and carry or push their clubs. 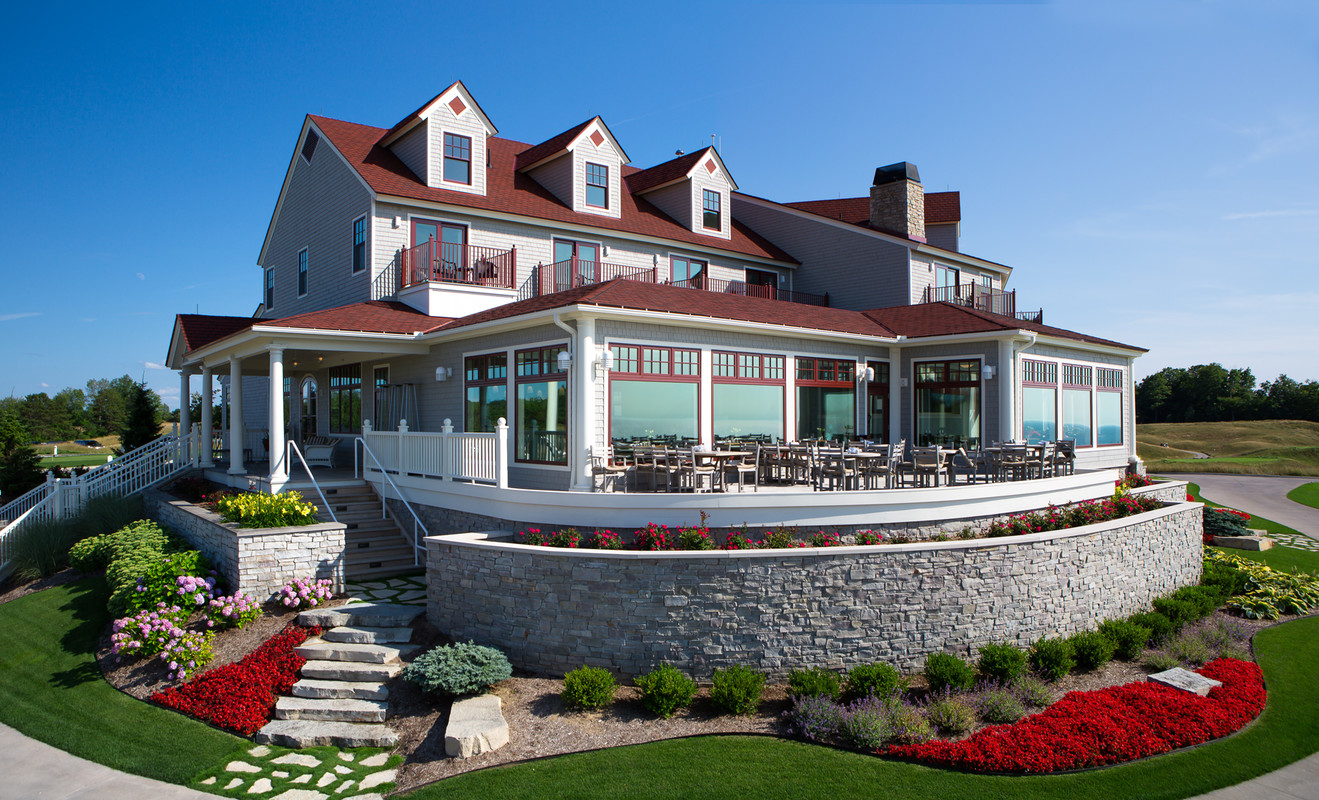 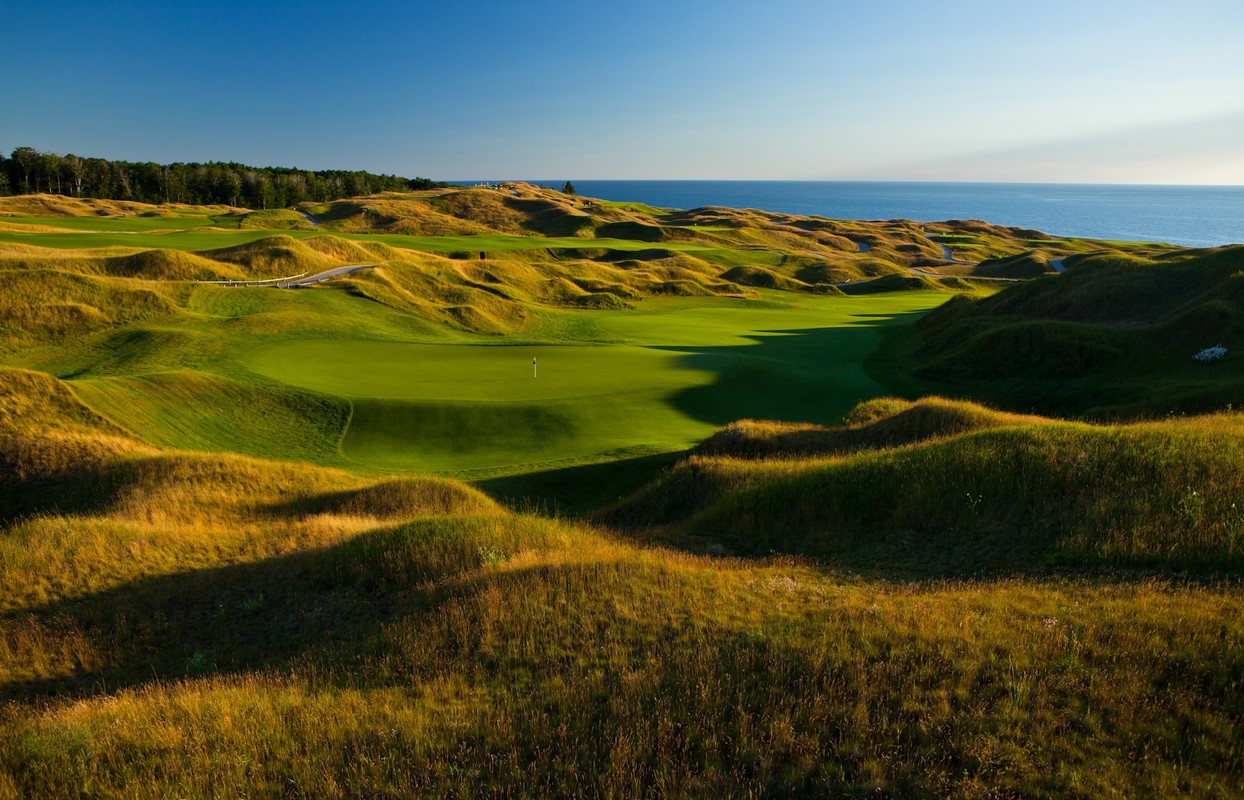 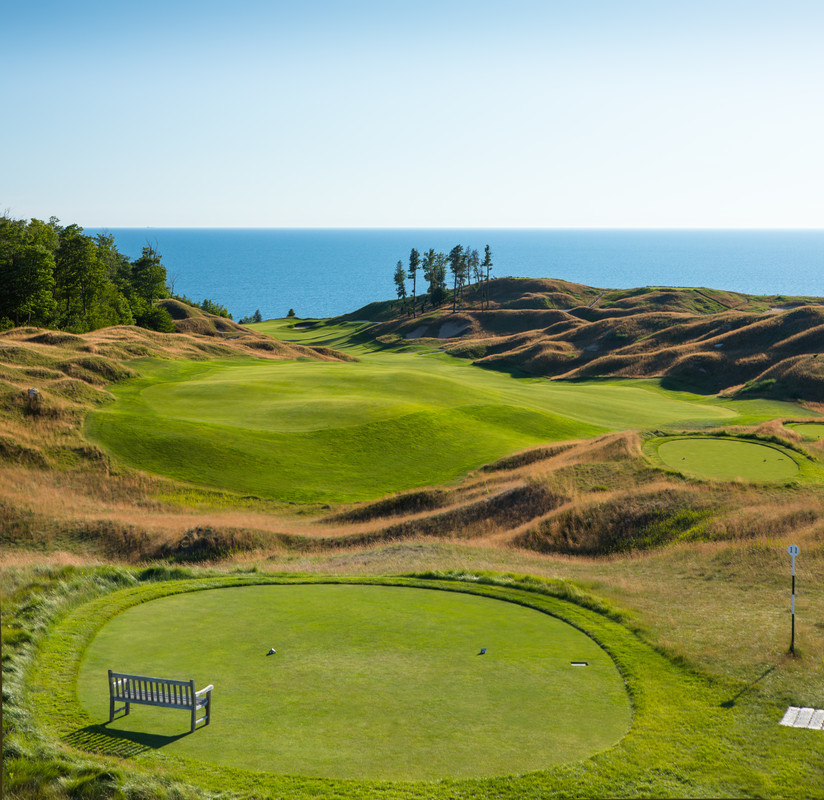 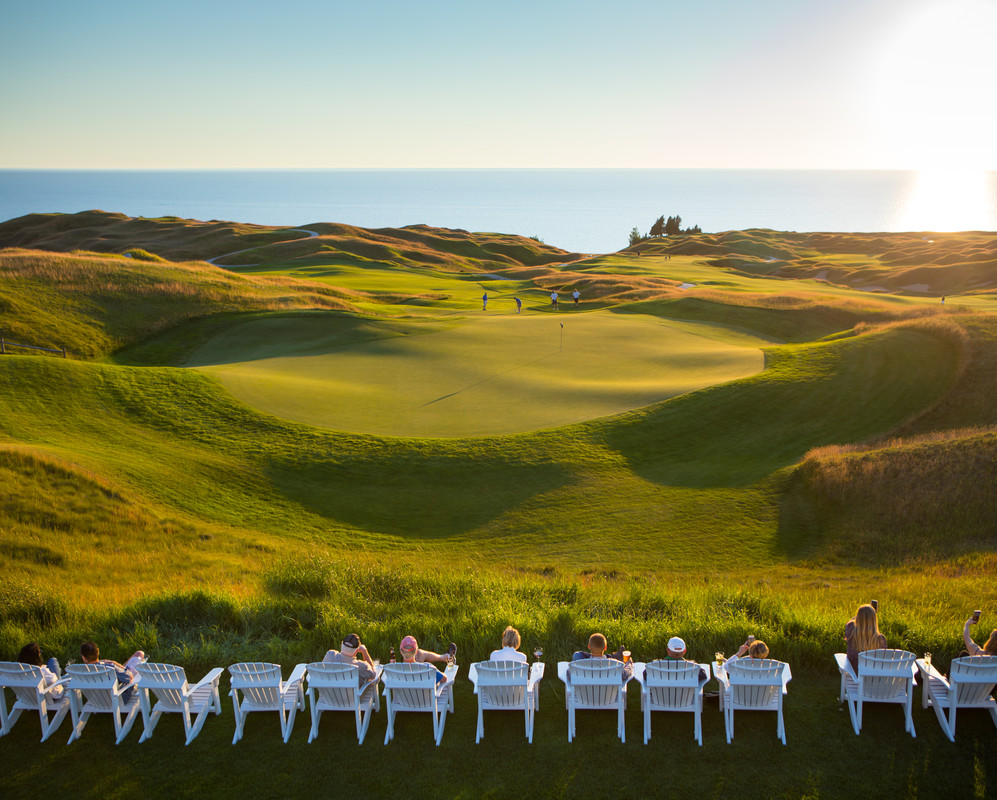 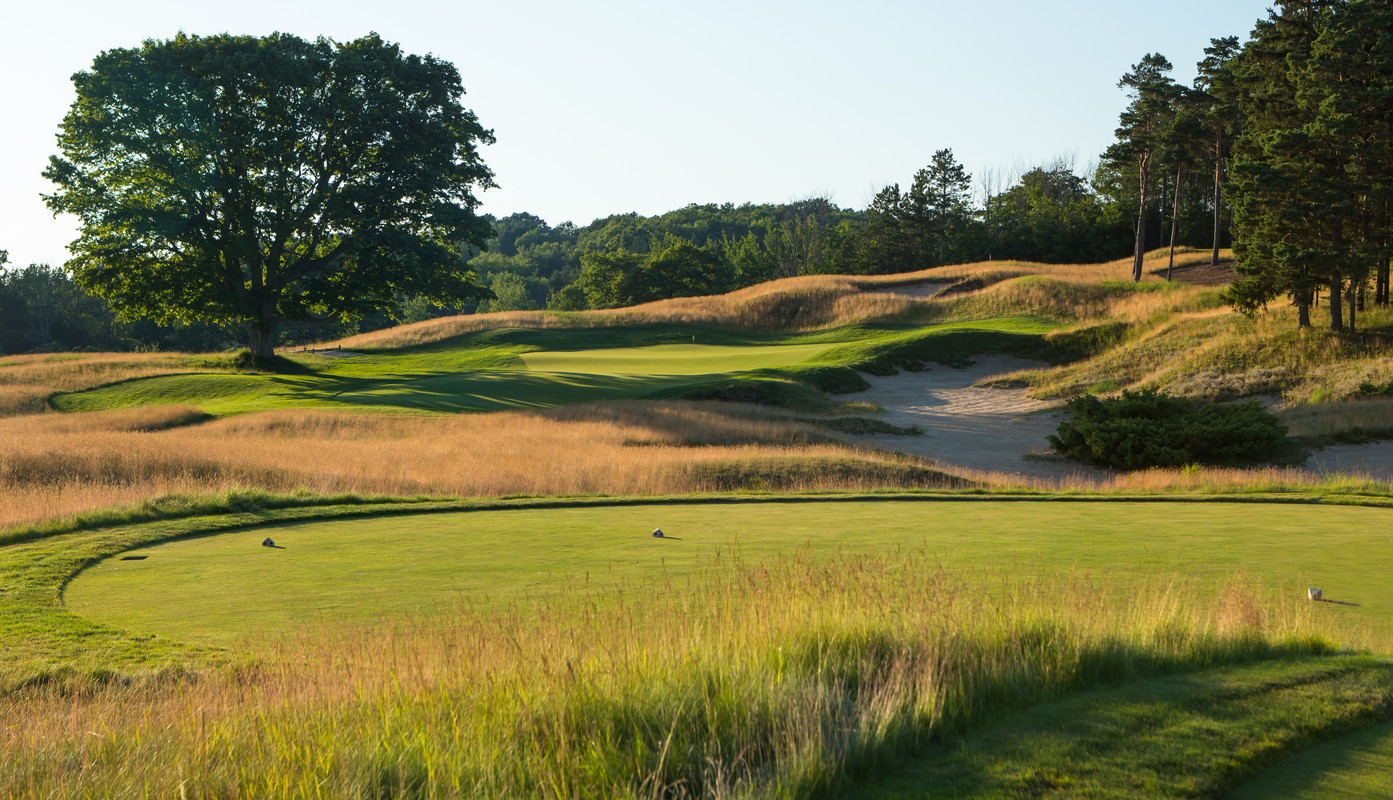 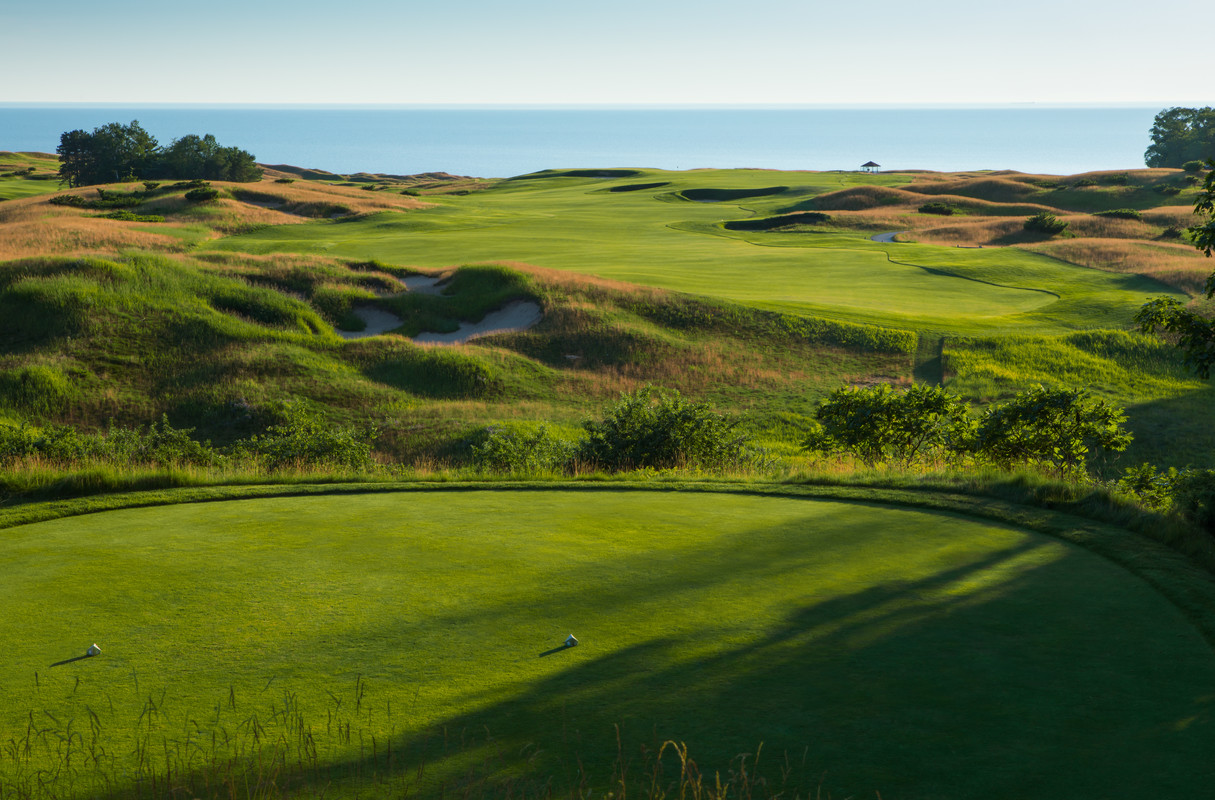 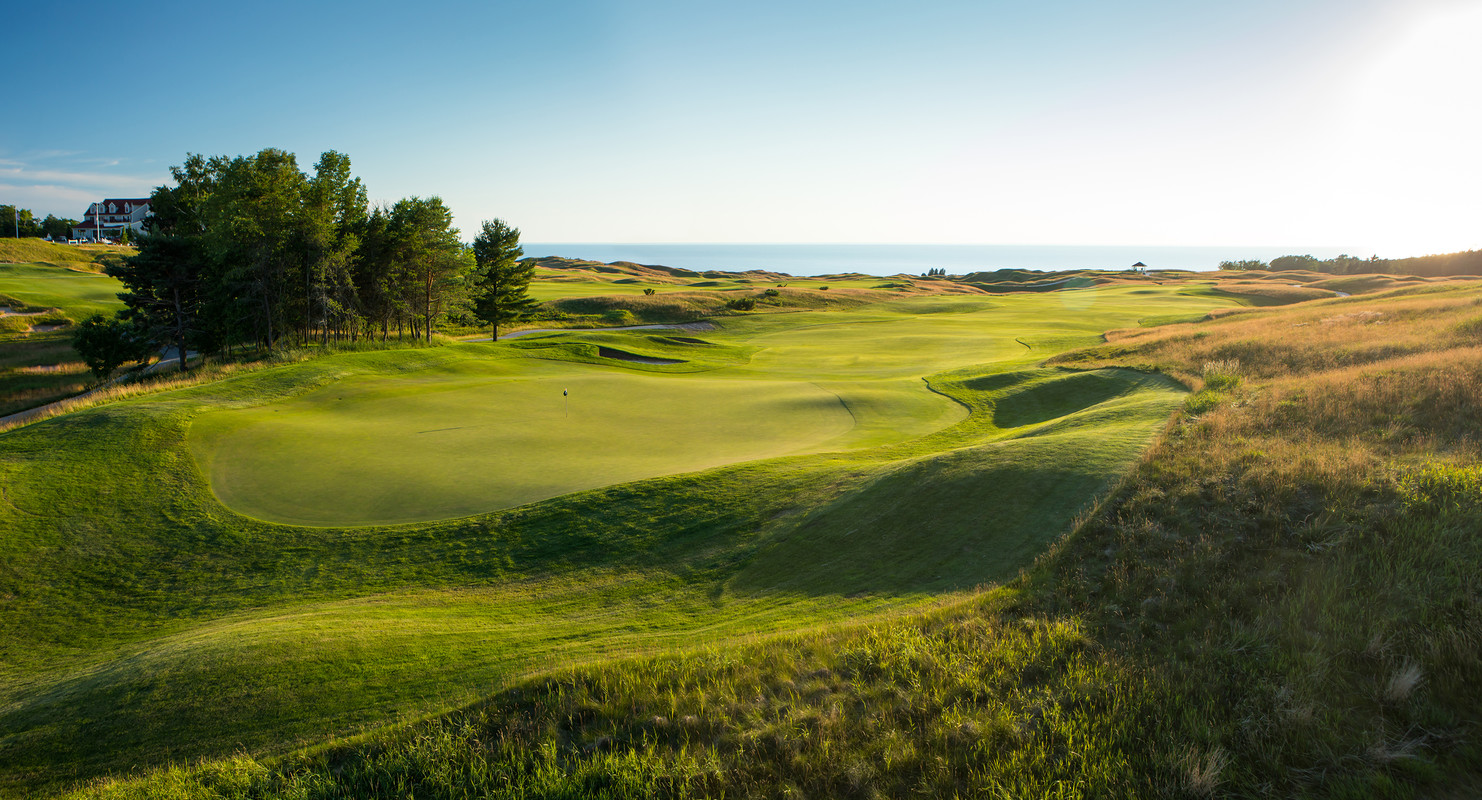 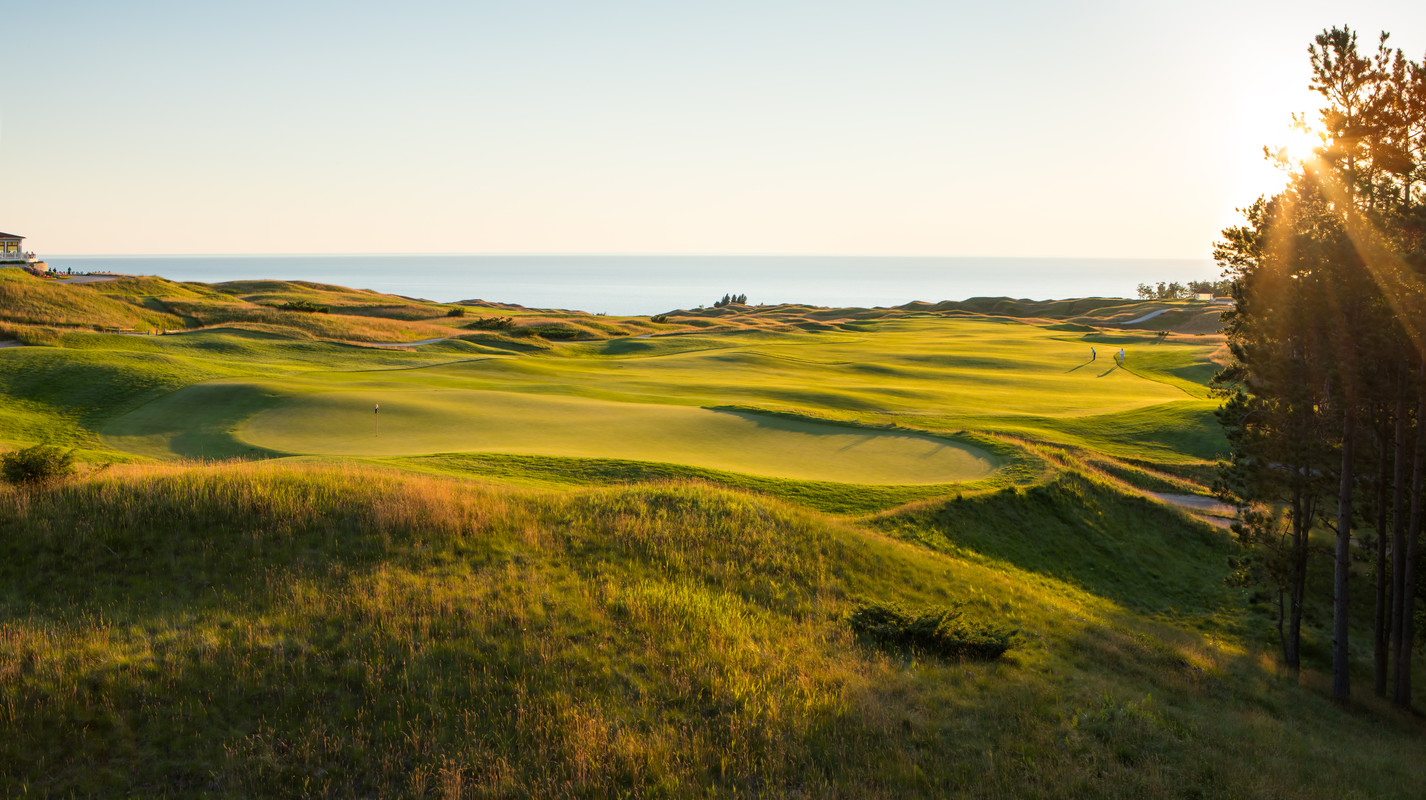 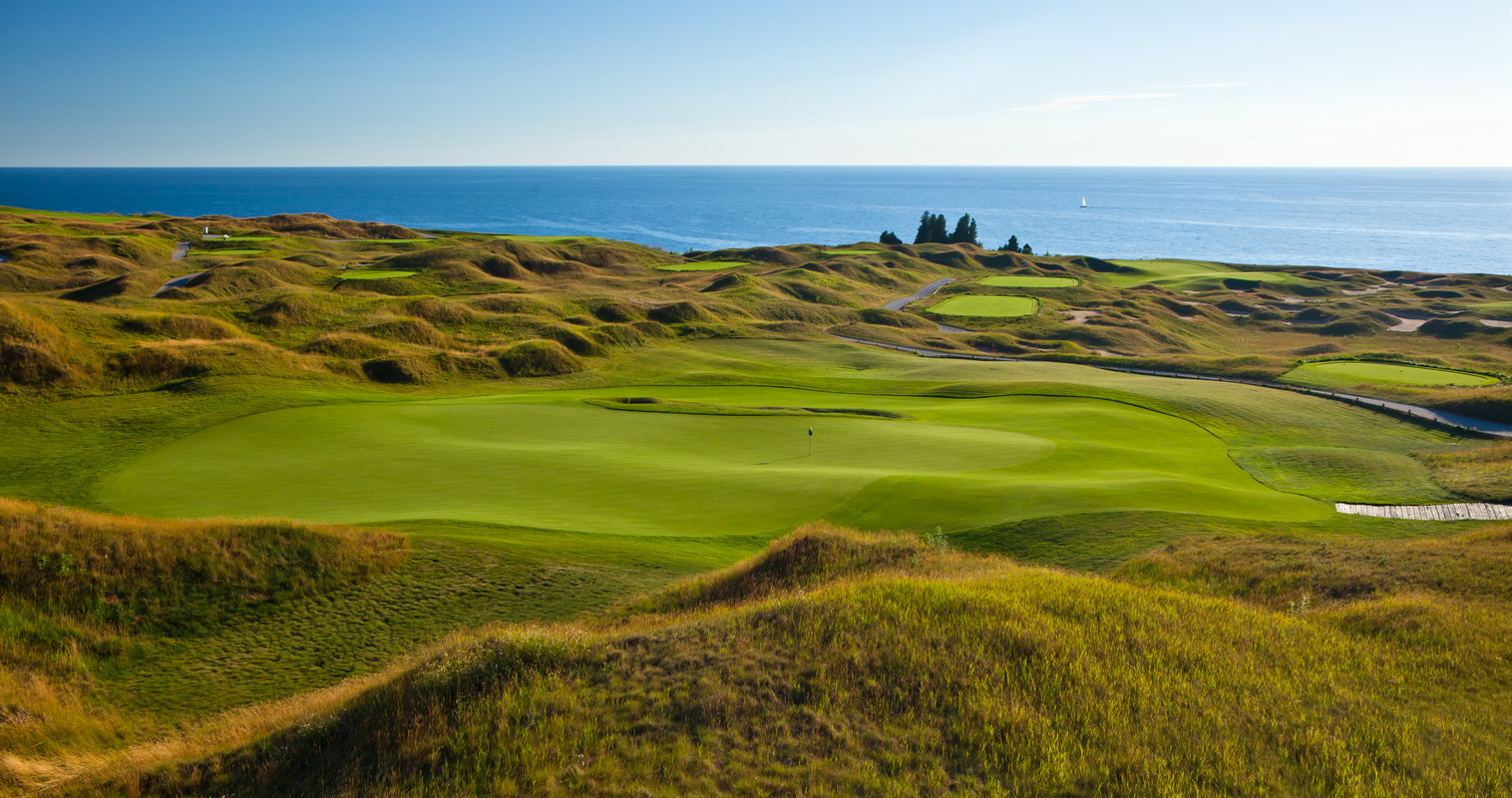 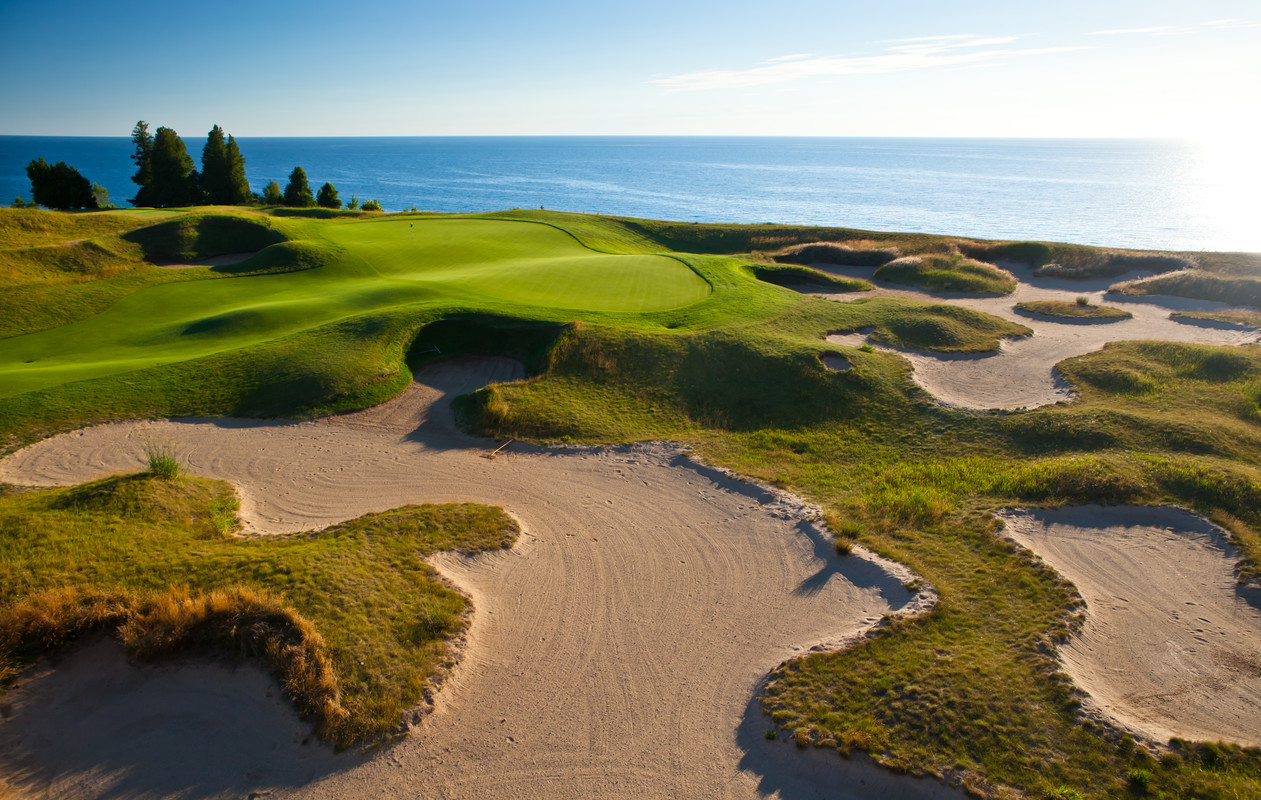 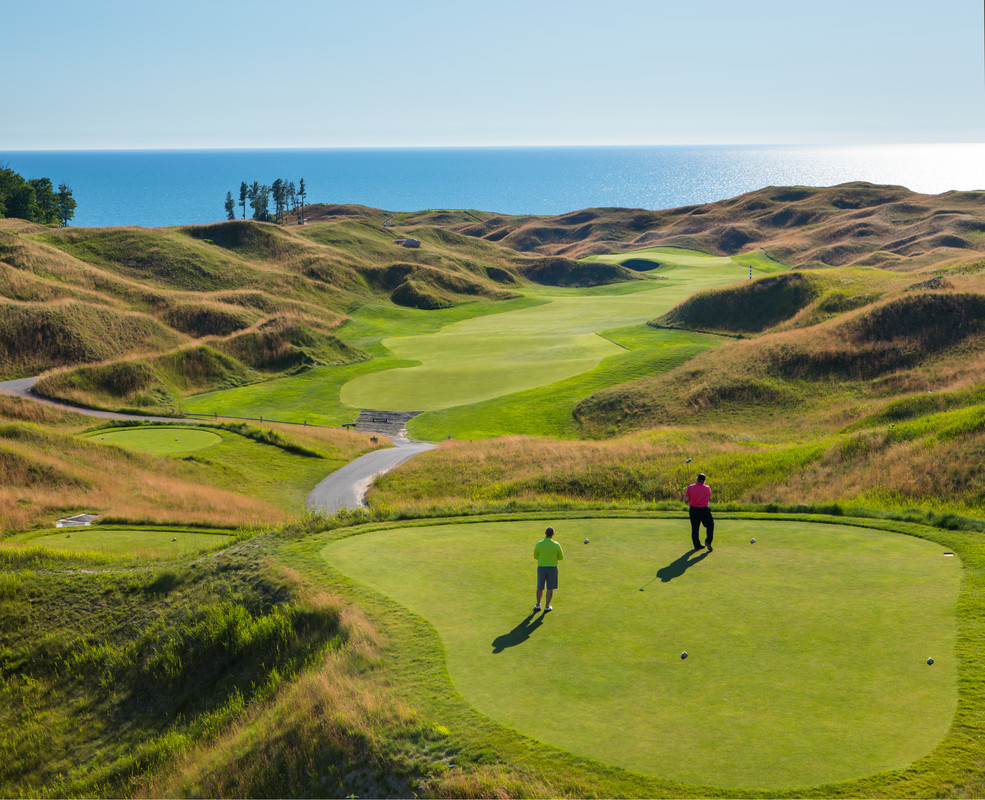 Built on 240 acres that was a mix of apple and cherry orchards and densely wooded sections, construction of Arcadia Bluffs began in 1997 and was completed in 1999.  The clubhouse opened on July 4th and the golf course to limited play on Labor Day. Although the land was spectacular by itself, many of the mounds and native areas were sculpted and shaped into their present form as the holes were routed by architect Warren Henderson. As the course began to emerge it was clear that this was going to be a special place.

Throughout the years many of the green complexes have been modified offering a more enjoyable and playable course with an improved pace of play. Many of the original sod-walled bunkers have been converted into native bunkers and those that remain are rebuilt every 3-5 years. A new set of Senior Tees were added in 2016 offering playing distances of 5,200 to 7,400 yards with constant attention paid to providing the best playing conditions for all players.

The evolution of The Bluffs Course continues today with the addition the new fairway and green complex on the iconic 12th hole.  This dramatic par four runs along the bluff and now offers a second option for players as the new routing turns slightly inland and away from the bluff line.